Diet and Metabolic Therapeutics in Cancer

Nutrition exerts profound effects on health, and dietary interventions are commonly used to treat diseases of metabolic etiology. Although cancer has a substantial metabolic component, the development of principles that define whether nutrition and new metabolic therapies may be used to influence tumor outcome are in the beginning stages. Nevertheless, it is also established that targeting metabolic pathways with longstanding chemotherapy agents or radiation can sometimes lead to controlled therapeutic outcomes. In contrast, whether specific dietary interventions could influence the metabolic pathways that are targeted in standard cancer therapies is not well known. Now, recent work has emerged showing that changes in caloric intake, macronutrient composition, and the balance of specific macronutrients in the diet also influence cancer.For example, a diet high in fat and low carbohydrates can affect the outcome of tumors with defined mechanisms of dysregulated insulin signaling. We and others have shown that changes to the amino acid content in diets can influence metabolism related to the uptake of that nutrient in the tumor which in turn affects cancer outcomes by affecting the metabolic flux in a tumor-specific vulnerable metabolic pathway. Thus, there are emerging studies and mechanism linking nutrition and diet to cancer biology and therapy.We propose to organize a Focus Meeting that brings together current and emerging leaders whose work bridges the nutrition-cancer interface to discuss their work in the new interdisciplinary field of ‘Nutrition and Cancer Metabolism’ and to explore its potential as a novel area for therapeutic intervention. We aim to bring together scientists who bring diverse perspectives to the table to discuss key questions in the field and identify important future directions.

The meeting focused on cancer metabolism with an emphasis on therapy. The two general areas focused on the emerging area of diet and nutrition in cancer therapy and new areas of research in developing drugs that target the altered metabolism in cancers. Throughout the meeting there were talks on possibly modifying carbohydrate, fate and protein intake to influence cancer and both new drug targets as well as repurposing approved drugs such as the diabetes drugs metformin and the kidney glucose transporter inhibitor for cancer therapy.

The meeting opened with a session on diet and cancer, beginning with a talk by Lew Cantley, PhD who discussed his model of carbohydrate intake and Insulin signaling in cancer. Katy Wellen, PhD discussed dietary fructose and acetyl-coA sources for lipid synthesis including carnitine metabolism. Thales Papagiannakopoulos, PhD discussed ketogenic diets and their diverse effects on lung cancer progression and host toxicity including cachexia. Ana Gomes, PhD discussed methylmalonic acid in cancer and aging. It concluded with a presentation from Karen Vousden, PhD who discussed the possibilities of altering dietary changes to the amino acid serine in influencing cancer outcome. The next session developed the theme of metabolism and cell fate, an aspect of basic science linked to cancer metabolism and therapies. It began with Lydia Finley who discussed how the citric acid cycle can determine cell fate of embryonic cells. Kathrin Plath, PhD highlighted the role of tryptophan metabolism role in development. The session concluded with discussions on nutrient sensing by mTor from David Sabatini, MD and Jason Locasale, PhD who discussed methionine, another possible cancer dietary intervention with effects on cell fate and healthspan. The next day’s opening session focused on diet and tumor immunity. It was highlighted by several interesting conceptual talks including Lydia Lynch’s (PhD) work on dietary fat composition and its effects on cancer and the immune system and Allison Ringel’s (PhD) work on obesity and inflammation in cancer. Russell Jones and Sue Kaech, PhD discussed how metabolism controls function of T cells and macrophages, respectively. Chi Dang, MD, PhD discussed the importance of circadian rhythms and cellular pH controlling cancer progressiona and tumor immunity. The final session focused on metabolic therapeutics and began with Eileen White’s (PhD) work on targeting autophagy and cancer, brought up past concepts in the meeting including the use of metformin in cancer by Navdeep Chandel, PhD. Robert Banh, PhD discussed serine metabolism and protein translation. Heather Christofk, PhD, Ernst Lengyel, MD, PhD, and Ralph Deberardinis, MD, PhD discussed their efforts to investigate metabolism in cancer patients with implications for therapeutics. Overall, the meeting inspired a number of great discussions on emerging concepts in areas of nutrition, cancer and metabolism-based therapies. New work in the future including developing collaborations are anticipated.

www.visitasilomar.com
831.372.8016
Take a deep breath and settle in for a time of serene relaxation, reflection and rejuvenation. Celebrated as Monterey Peninsula's "Refuge by the Sea" - Asilomar State Beach and Conference Grounds is a breathtakingly gorgeous 107 acres of ecologically diverse beachfront land. Situated within the quaint and scenic town of Pacific Grove, Asilomar offers guests the simple comforts of cozy cottages and historic lodges - and an unforgettable escape from the demands of everyday life. 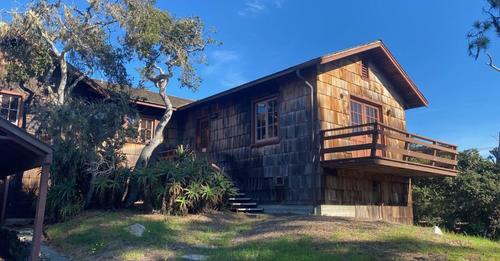 The Monterey Regional Airport (MRY) is the preferred airport as it is only 20 minutes from the meeting location.